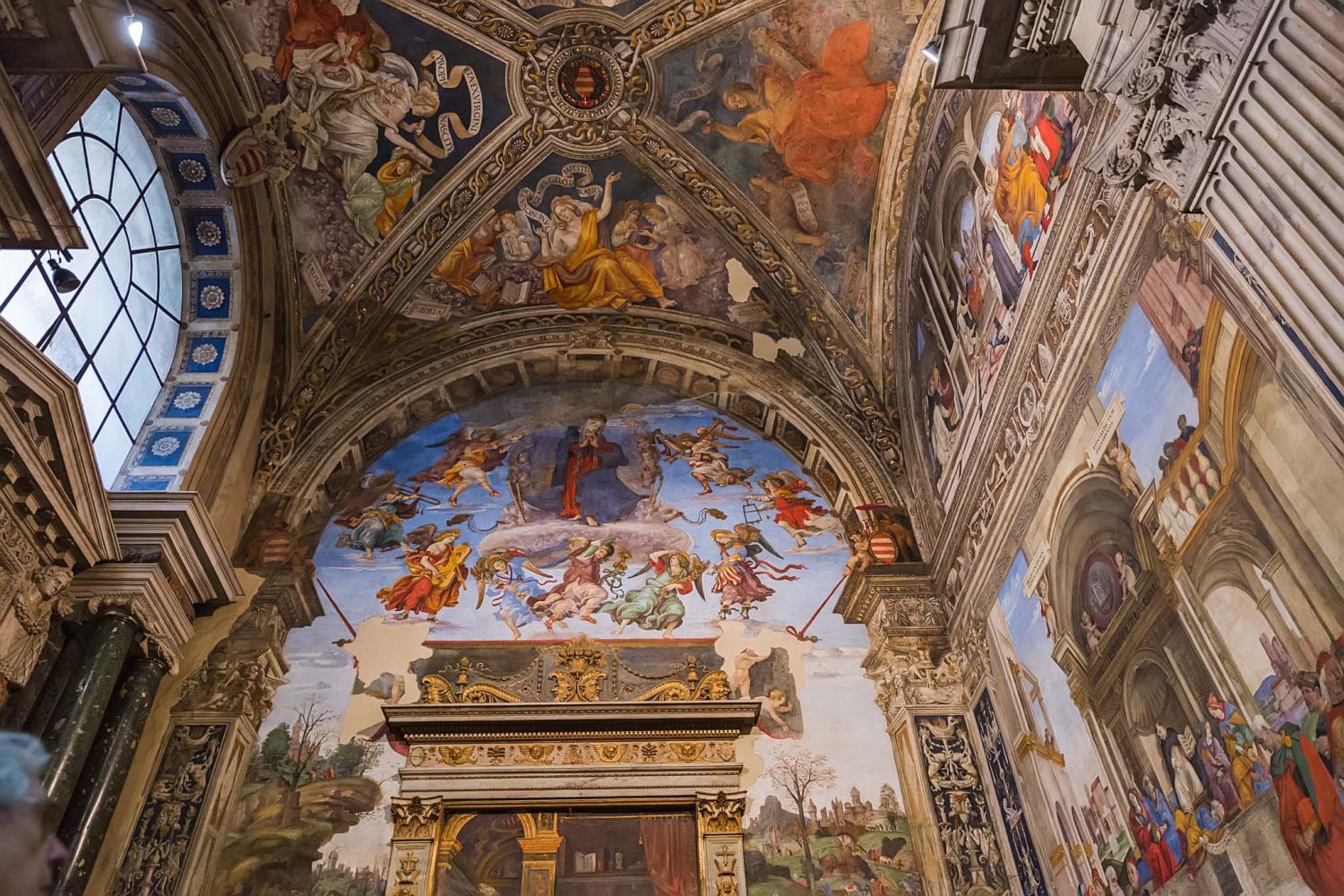 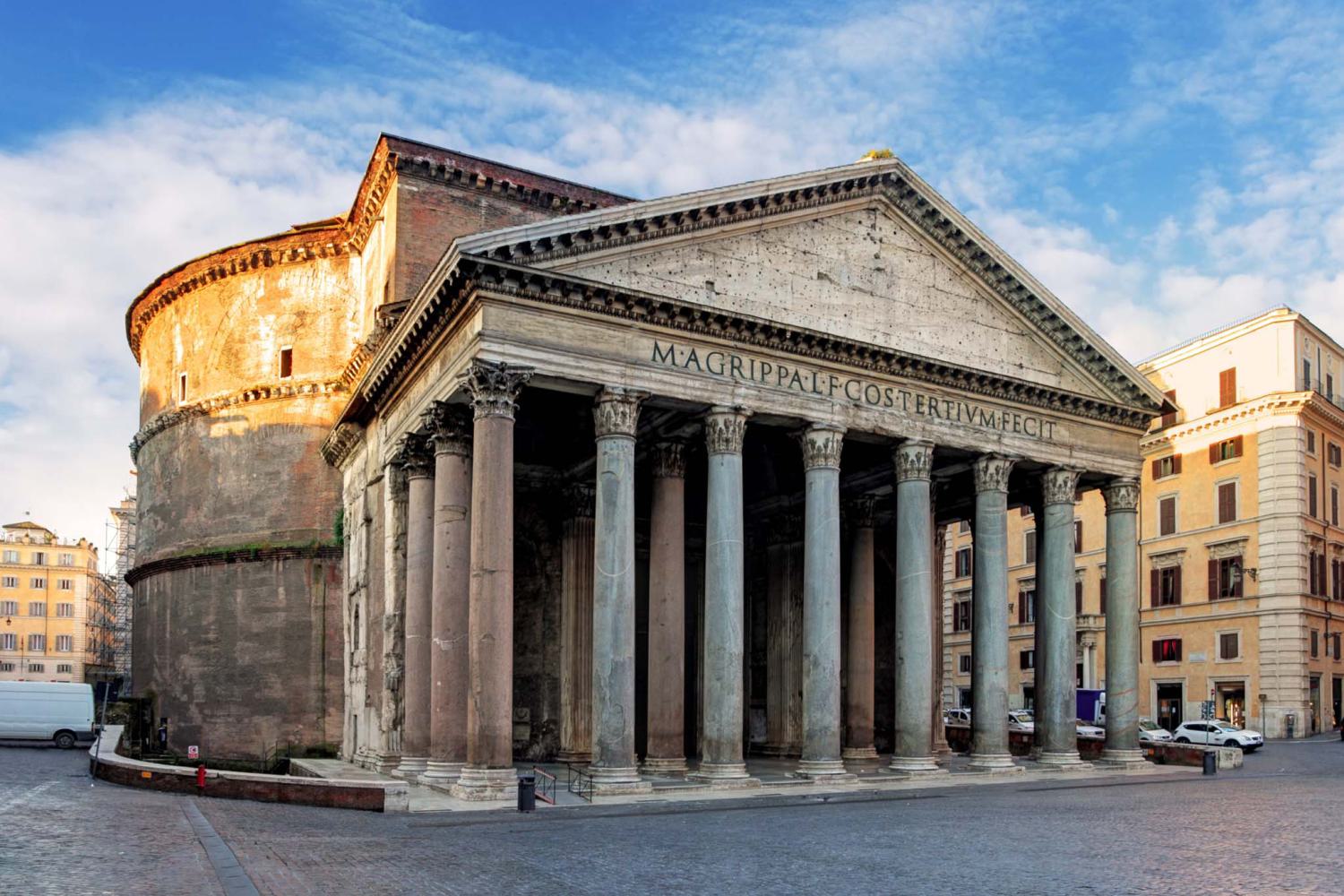 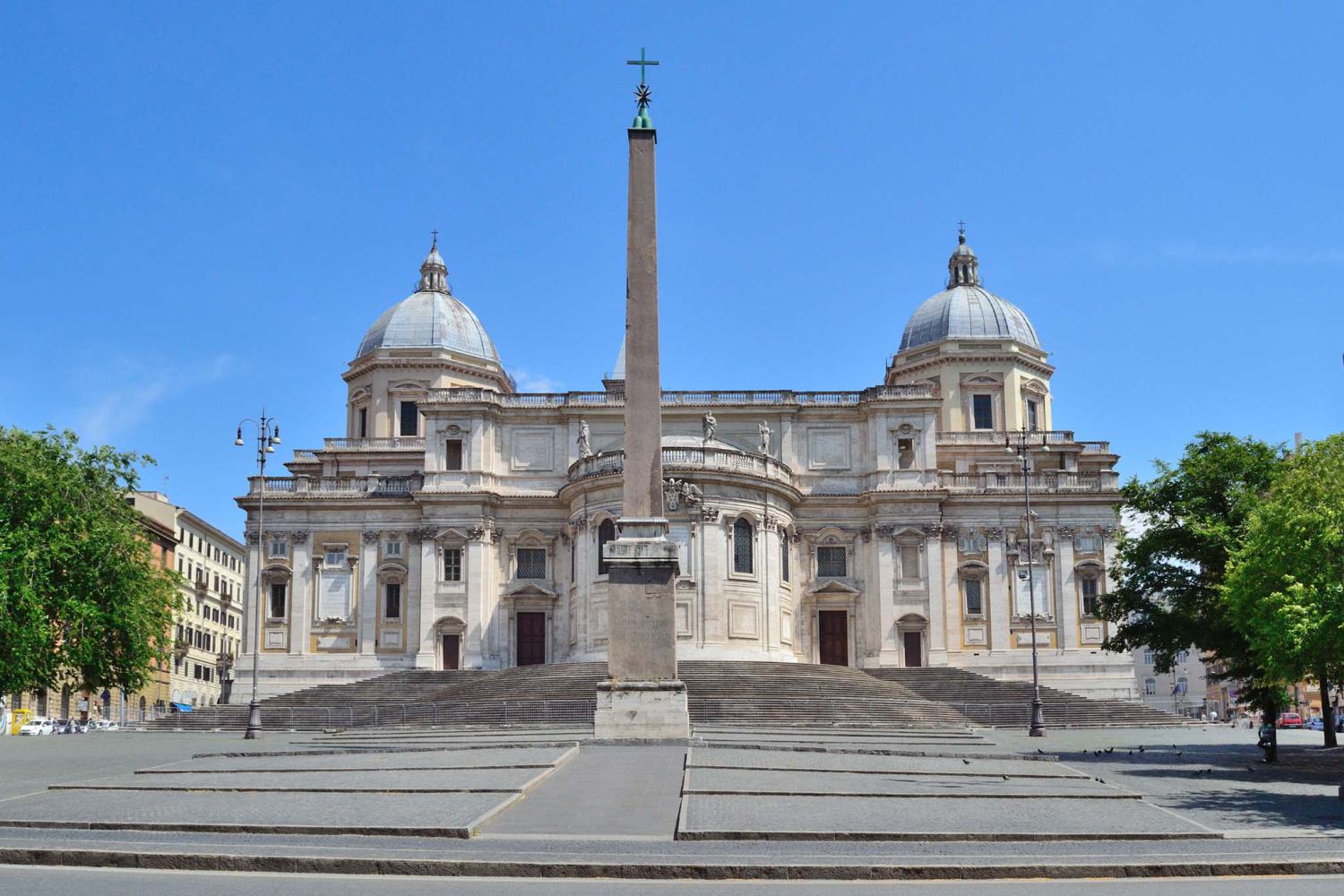 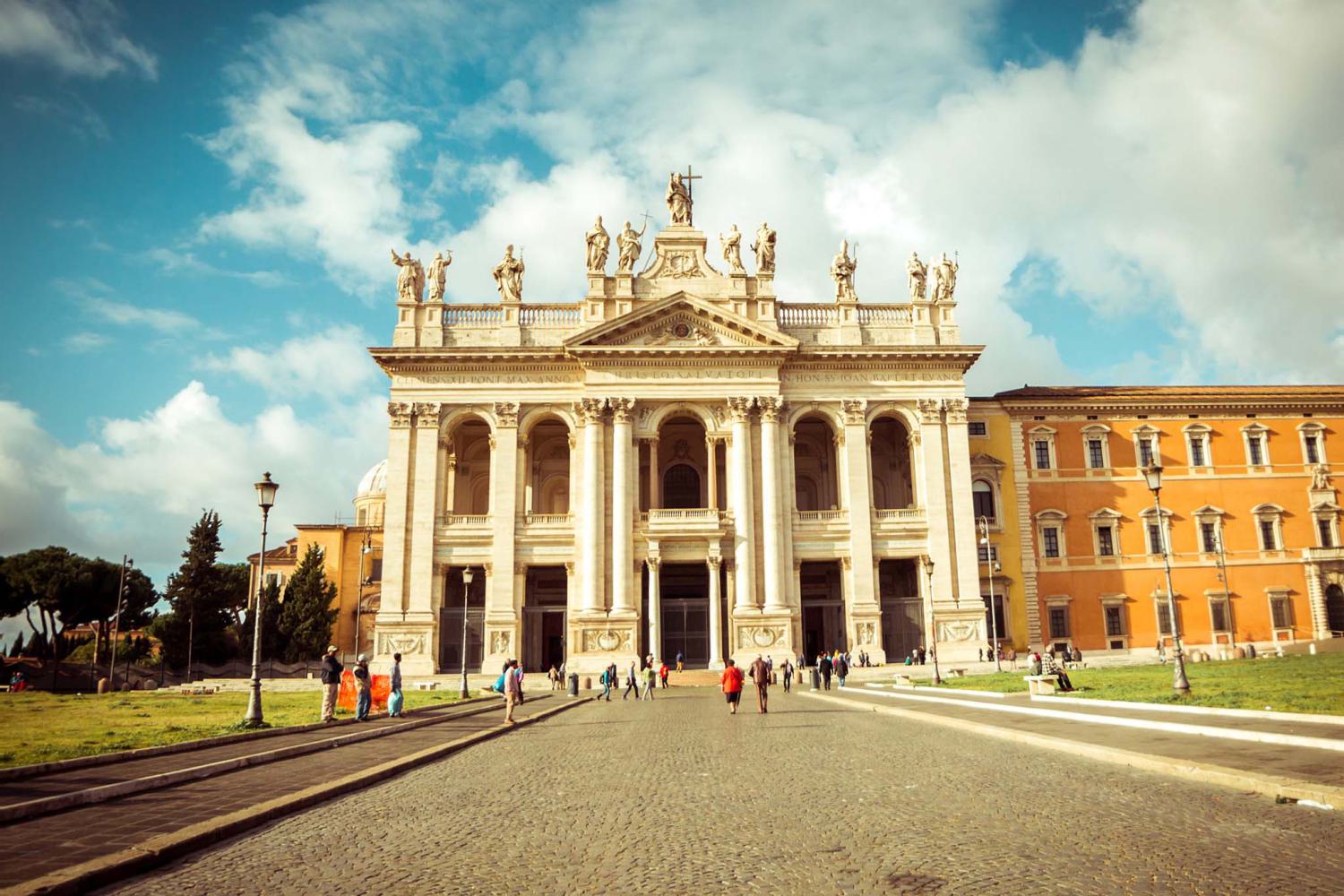 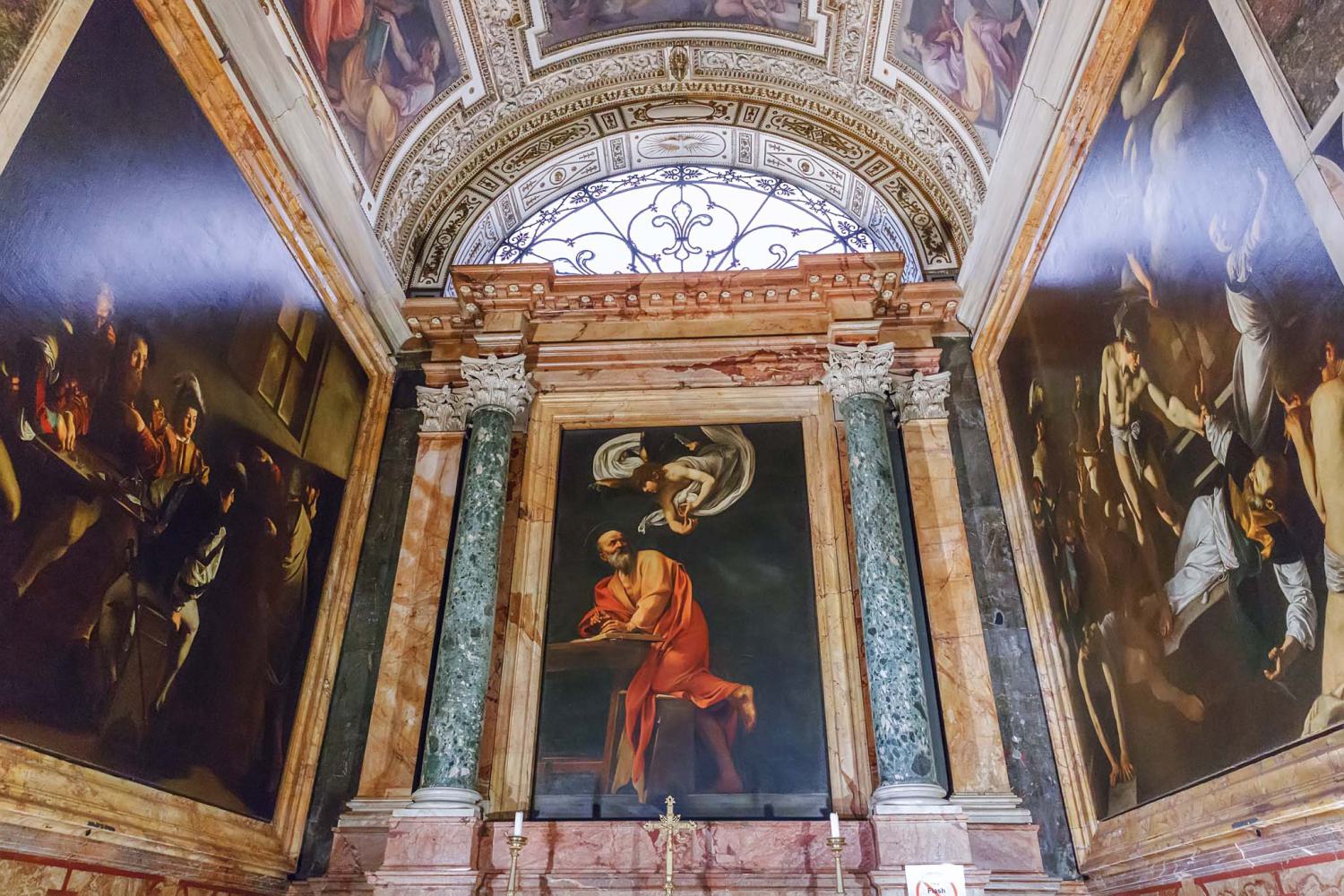 FABULOUS village, Rome / Experiences / The 10 most beautiful churches to visit in Rome 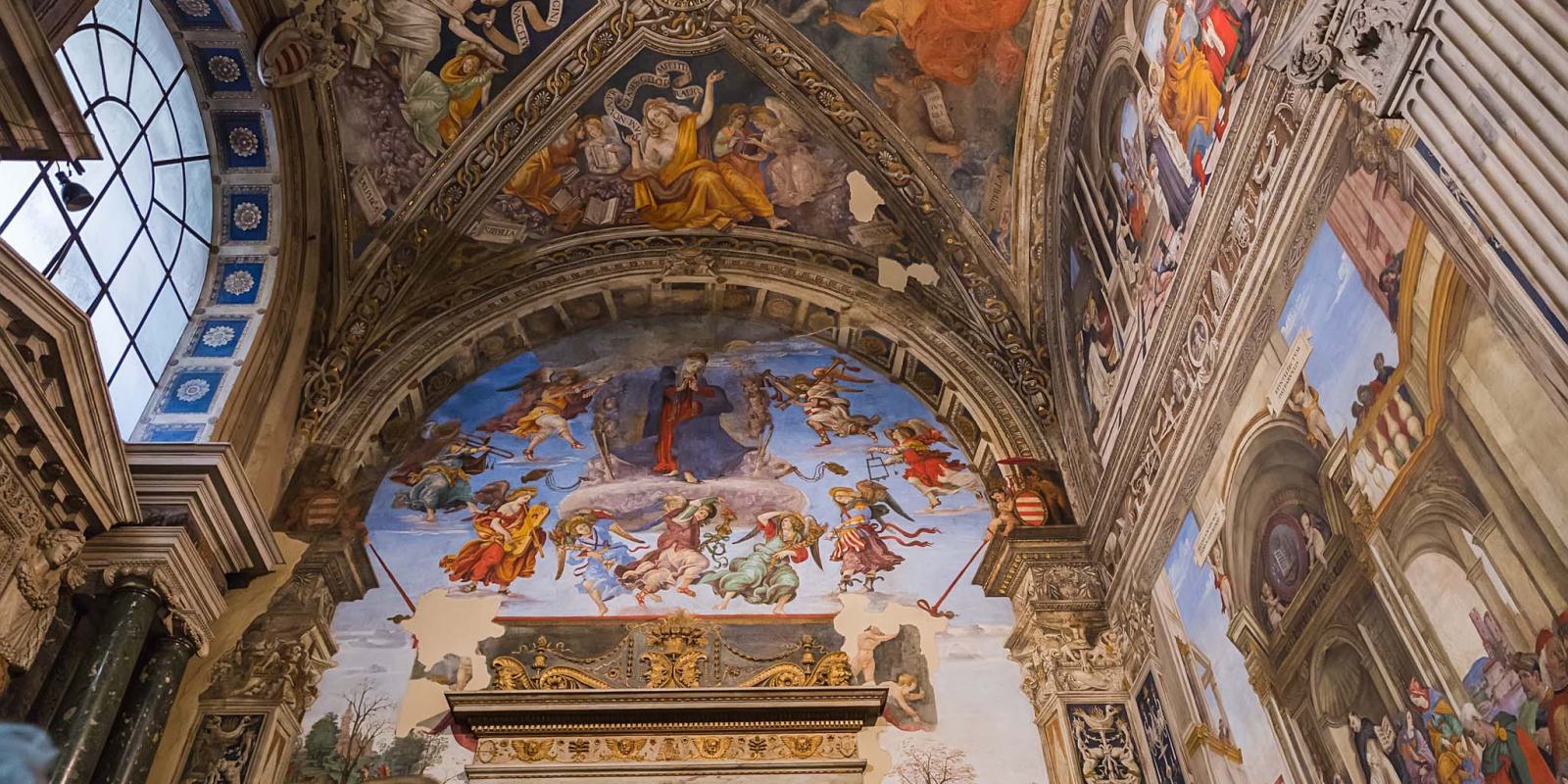 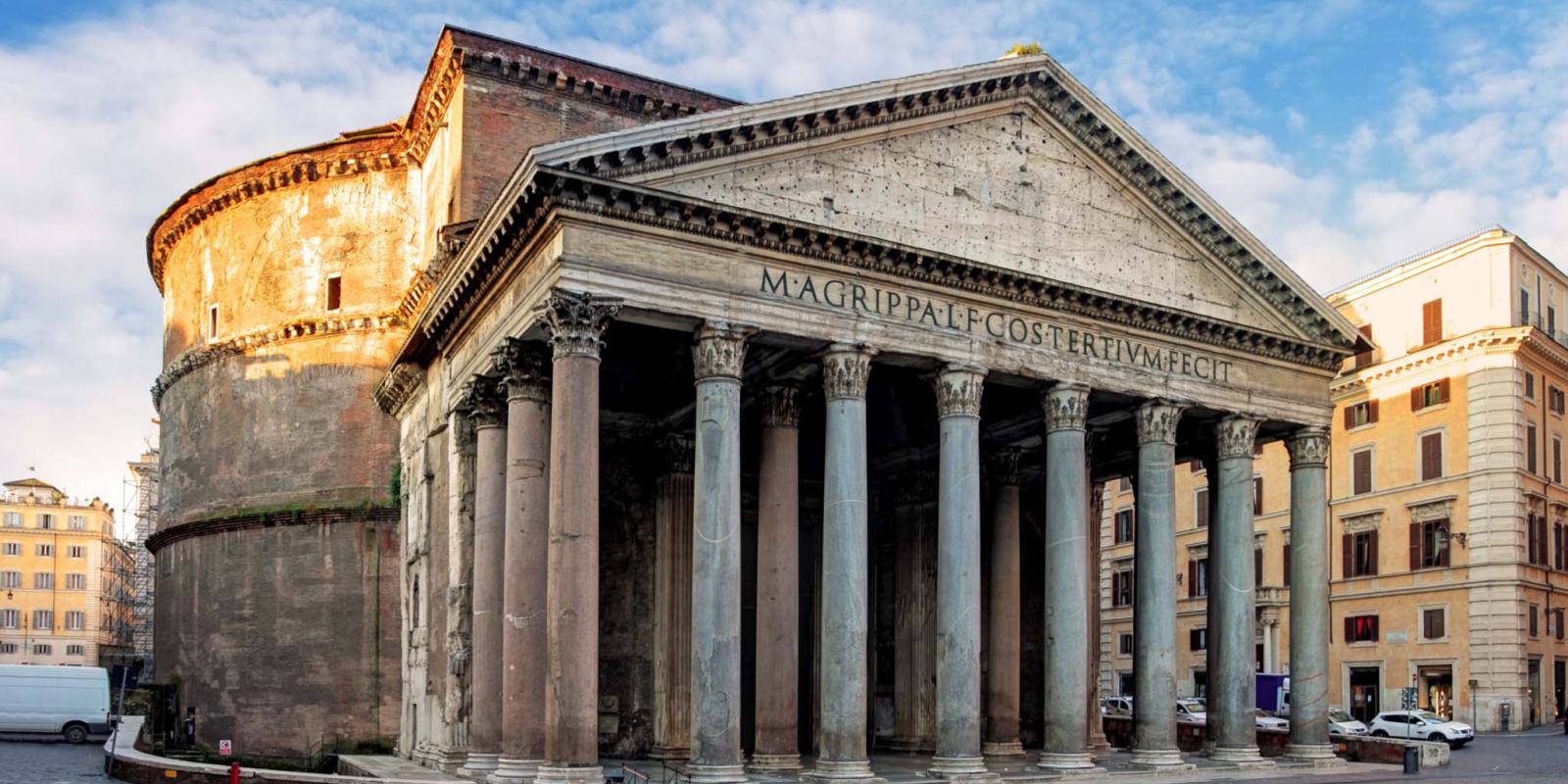 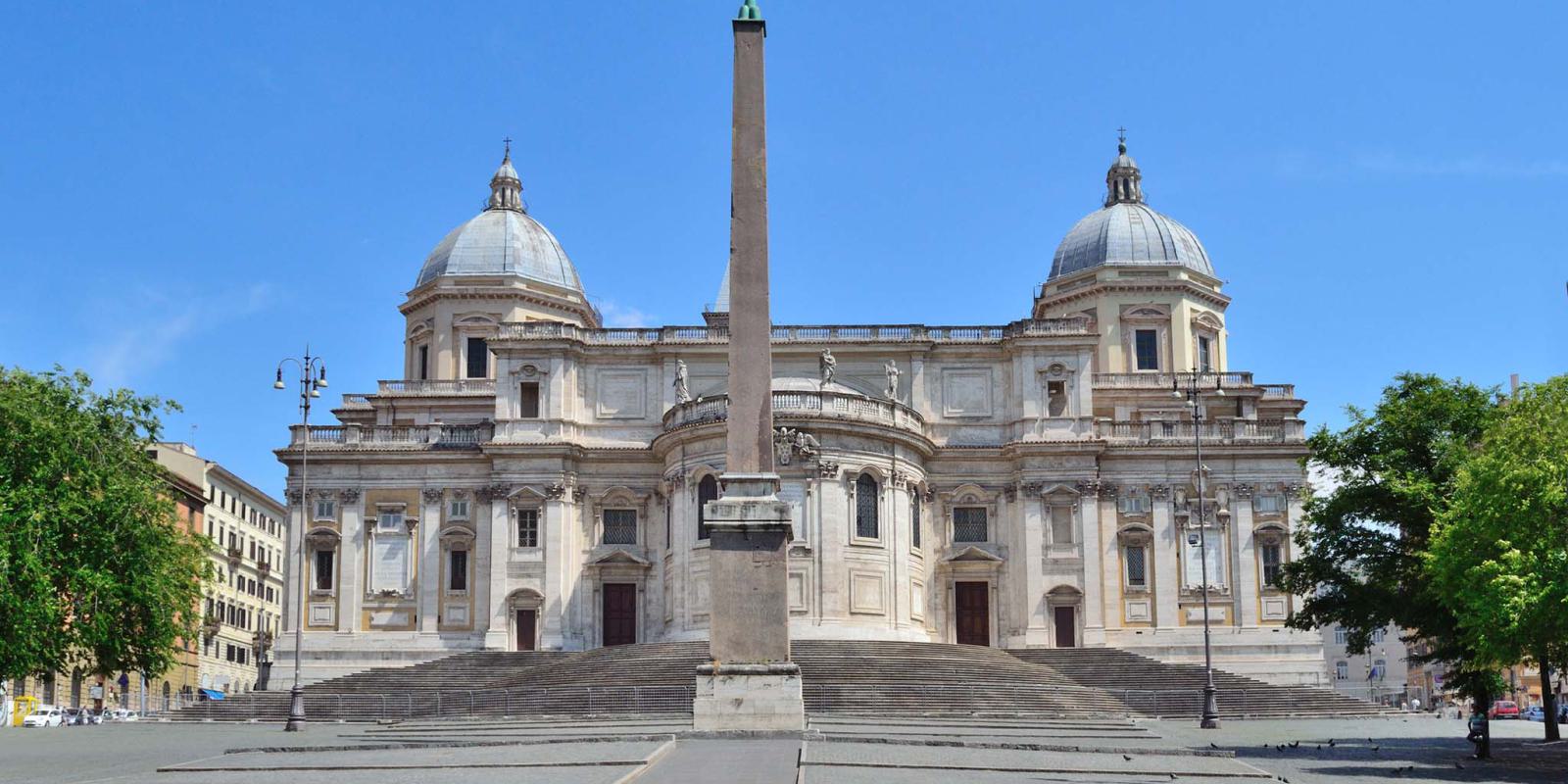 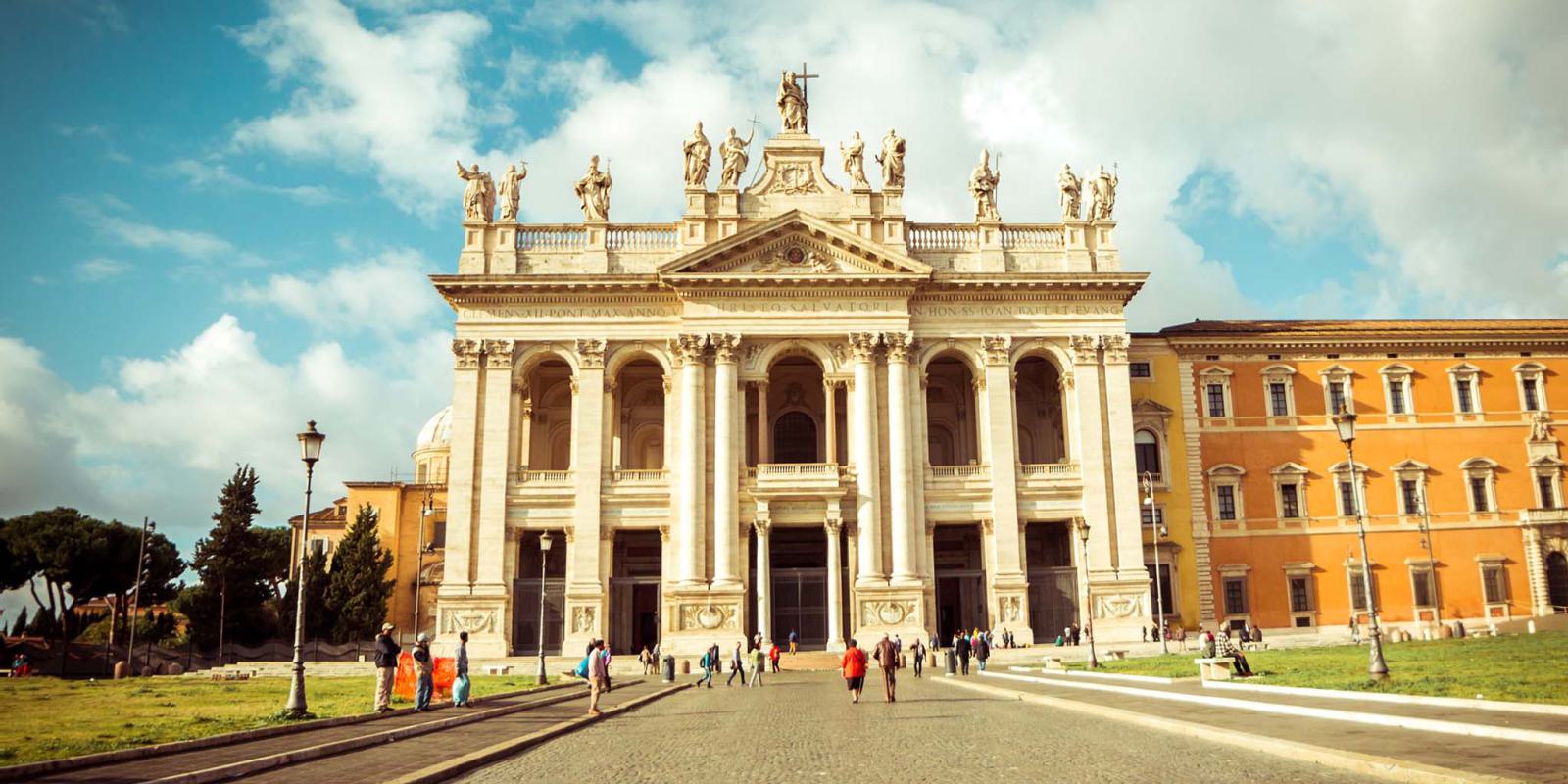 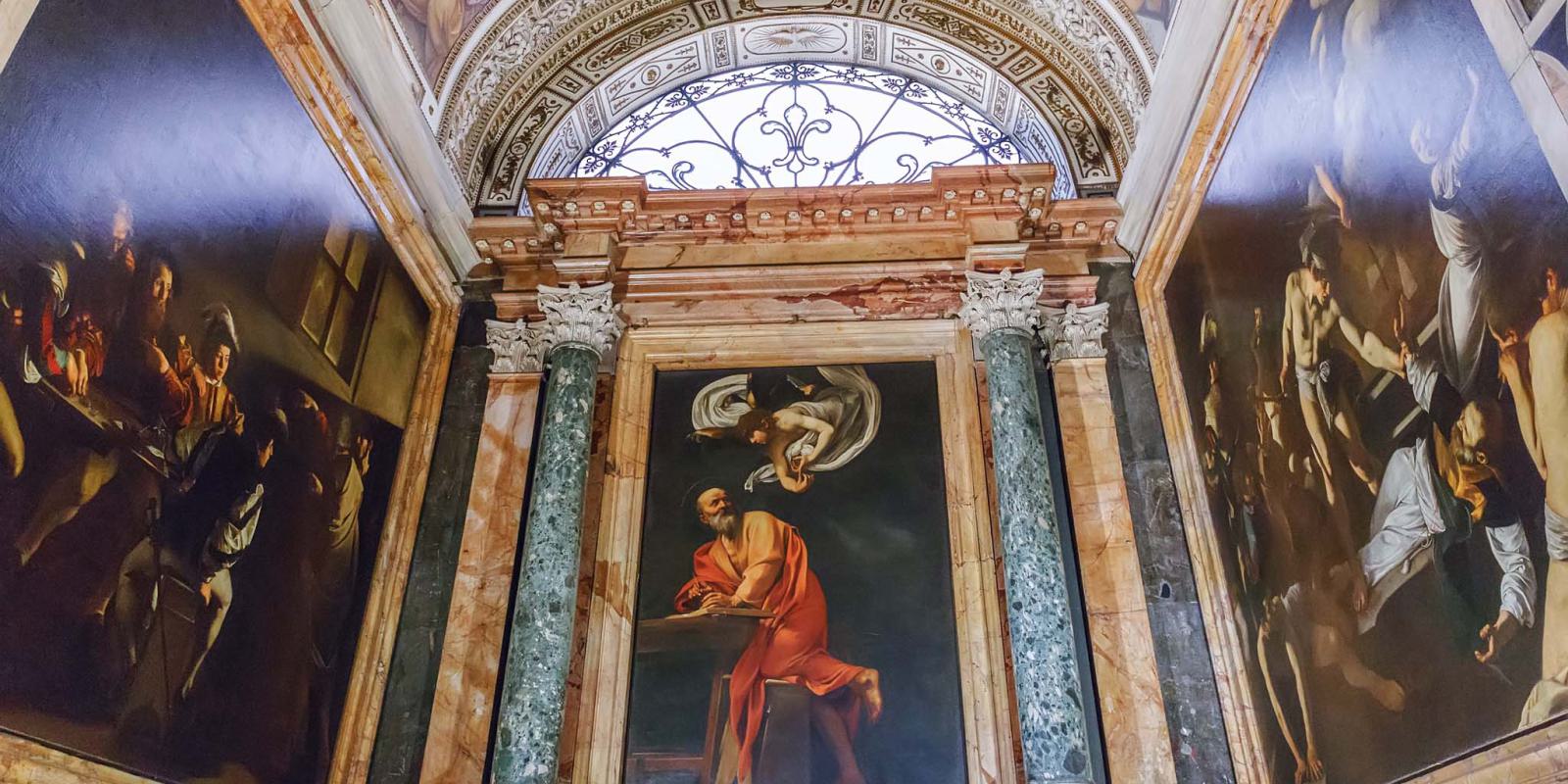 The 10 most beautiful churches to visit in Rome

When you're visiting a city and your objective is to have a stimulating cultural trip, religious sites are often an integral part of your itinerary. There are few cities in the world which have as many wonderful churches as Rome. However, there are so many of them it's good to have some idea of which ones are best to visit, so that you can organise your days better. This, therefore, is our little guide for your next trip to the capital.


The churches near the historic centre

The historic centre of Rome has an incredible concentration of Catholic places of worship, each one more beautiful than the last. Purposely not mentioning Saint Peter's Basilica, which is already recognised as a must-see worldwide, the first place you should visit is the Basilica di Santa Maria Maggiore, which is located near the Monti district. It's one of four papal basilicas, and it's the only basilica in Rome to have preserved its early Christian structure. It was built over a previous church and tradition has it that the site was chosen after the Madonna appeared to Pope Liberius in a dream and advised him that the site would be revealed to him by a miracle. This miracle arrived on the morning of the 5th of August in the form of an unusual snowfall during which the Pope traced out the new basilica's perimeter in the snow.

Another basilica you can visit in the same district is that of San Clemente al Laterano. This is medieval in style, was built in the 12th century, and was dedicated to Pope Clement I. This basilica is notable for the ancient Roman buildings buried beneath it which were uncovered in 1857. In addition to the current basilica, therefore, you'll be able to admire an ancient basilica and a group of Roman buildings from the post-Nero era.

The last church near the Monti district which we recommend that you visit is Sant'Andrea al Quirinale. This was built in the 17th century by Gian Lorenzo Bernini. The designer's name alone guarantees that you'll find yourself looking at a little architectural gem; one which must not be missed.

Rome's most distinctive place of worship, and one which is absolutely unique, is undoubtedly the Pantheon. This is located in the historic centre. The Pantheon is a temple dedicated to all divinities, past, present and future. It was rebuilt by Hadrian in the 2nd century AD from a previous building. Its majestic colonnade and gigantic dome, one of the largest in the world, attract many visitors throughout the year. However, everyone always asks one and the same question: what happens when it rains and water pours in through the huge hole in the dome? Well, you'll discover the answer to this age-old enigma inside the Pantheon, never fear!

The basilica of Santa Maria sopra Minerva, which is located near the Pantheon, is one of the capital's very few examples of Gothic architecture, though its Romanesque façade might make you think otherwise! It's inner side chapels, on the other hand, have a rather baroque appearance and it's precisely this mixture of styles which makes this basilica so fascinating. After being accused of heresy, Galileo Galilei withdrew his scientific theses in the convent adjacent to the church, so it's also an interesting place in terms of its historical personalities and events.

A few steps from the famous obelisk of Piazza del Popolo, you'll find the basilica of Santa Maria del Popolo. This was originally built in 1099 and then enlarged and remodelled in the following centuries. Inside it you'll find various pictorial and sculptural works of art by artists who have left a profound mark on the history of art, including Caravaggio, Raphael, Bernini and Carracci.

Another church in the historic centre with historical works by Caravaggio and Raphael, amongst others, is Sant'Agostino. This was built by the Augustinians between the 14th and 15th centuries. We also recommend that you visit the church dedicated to Rome's French community, Saint Louis des Français, which is located near to Piazza Navona. In addition to several works celebrating France (with representations of its saints and some of its most important historical figures), you'll be able to admire three of Caravaggio's absolute masterpieces in the Contarelli Chapel. You definitely shouldn't miss these.

Outside the centre: the most beautiful churches

As Saint Peter's Basilica is technically located inside the Vatican City, Rome's true cathedral is the basilica of San Giovanni in Laterano. This is located just outside what is generally considered to be the historic centre. The basilica, from which the San Giovanni district gets its name, is the foremost of the four main papal basilicas. It's the West's oldest and most important basilica and it's also the residence of the Holy See. So, if you come to Rome to visit Saint Peter's, you mustn't leave this worthy rival off your itinerary.

Finally, we also recommend the basilica of San Lorenzo fuori le mura. This is located near Rome's fascinating cemetery, the Verano, in the San Lorenzo district. It is noteworthy because of its funerary nature.

Similar experiences | What to do 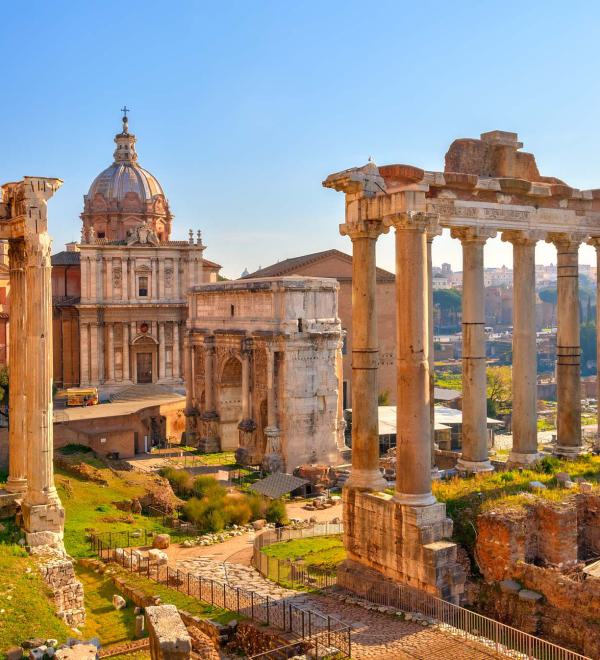 Things to see in Rome

The Eternal City is full of 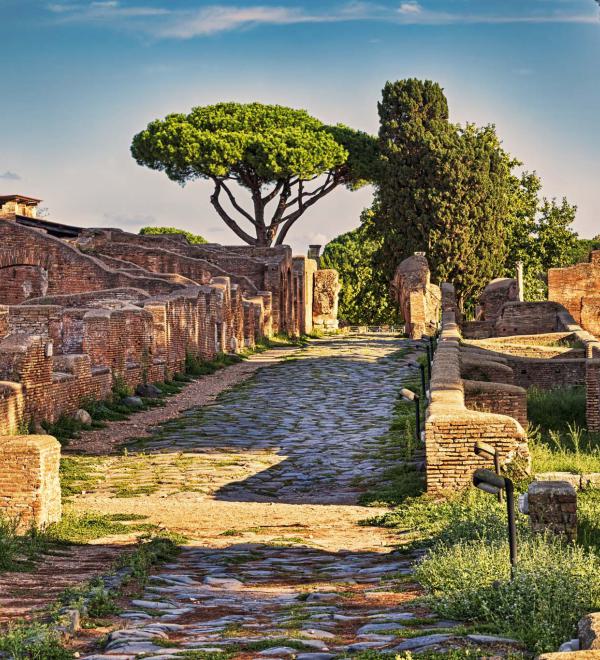 Tour to the excavations of Ostia Antica 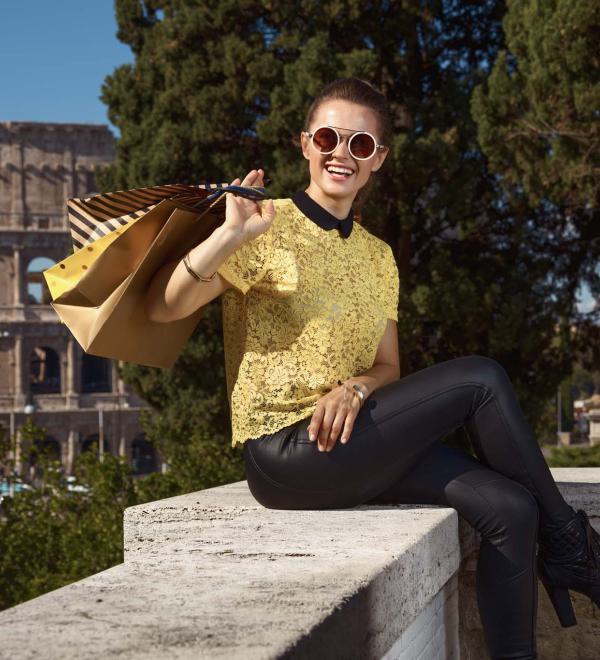 Where to shop in the capital

Planning to shop till you drop

Earn points each time you stay: they can be used to get money off your next holiday
Subscribe

Check-out by 10:00 for all accommodation, or by 12:00 for the pitches.
Please note that failure to respect departure times will result in an additional night being charged

Children of any age are welcome. To see the correct price and availability information, please add the number of children and their ages to the search.

The minimum age for check-in is 18

Pets are allowed. Charges may be applicable.

For group reservations please contact [email protected] for a quote

Cards accepted at this hotel